Our holidays apartment is located in a Palermo’s Arabic quarter, built close to the sea in an era of people’s riots, in order to allow the Emir to escape in the event of revolt.

It was named “al-halisah” that means “the elected one” in Arabic. Today it is a working-class area of the city, extremely picturesque, where it is still possible to capture a feel of the ancient Arabic-Sicilian culture and often smell the strong aromas of the food that is prepared in the several kiosks along the streets. The center of the Kalsa quarter is the square which carries the same name. The sixteenth-century gateway, Porta dei Greci, also known as Porta d’Africa, from where it is possible to glimpse the sea, is a sight worth visiting.

Visit the historical city center just walking all around out apartment. Our suggestions.

What in the morning?
Start your itinerary in the heart of the old city center, at Quattro Canti, a square that has four magnificent eighteenth-century palaces with convex façades looking down onto it. From there you can walk to Piazza Pretoria where you can see the famous fountain and the Municipal building.
From here go on to Via Vittorio Emanuele and by bus or walking go to the Cathedral Square. After admiring this splendid piece of architecture and the treasures kept inside it, go on to (by bus or taxi) the majestic Palazzo dei Normanni and another time dedicate your attention to the Cappella Palatina, one of the most beautiful churches in the world.
When time for lunch arrives, have a rest and choose one of the restaurants in Palermo in this area. Try some local Palermo dish, such as 'pasta con le sarde', and then try some 'caponata' and finish off with a swordfish and mint roulade.

What in the afternoon?
Dedicate this part of the day to discovering Arabic Palermo, mostly concentrated in our quarter, the Kalsa. The true heart of the Kalsa is the square that carries the same name, surrounded by splendid buildings such as Palazzo Abatellis and Palazzo Torremuzza and Palazzo Mirto. But don't forget to visit the wonderful Museo delle Marionette that is nearby, near Piazza Santo Spirito, that you can walk to from Palazzo Abatellis.

What in the evening.
An exotic cocktail in an Arabic-style wine bar, a fresh fish-based dinner washed down with good Sicilian wine, a romantic walk along the seafront (see our photo gallery) or a charming dip in the nightly atmosphere of a concert played in the Spasimo, in his large nave open to the sky and his large side chapels in Northern Gothic style.
And then a well-earned rest in our nice, cozy, comfortable holiday apartment in Palermo to recover your tired legs. 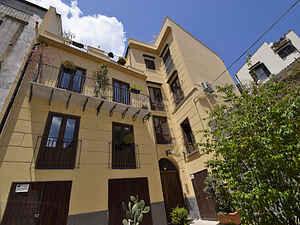 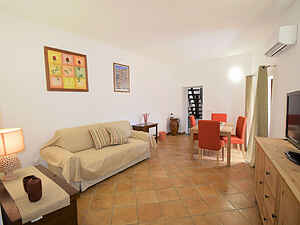 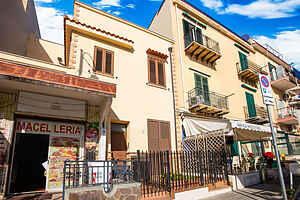 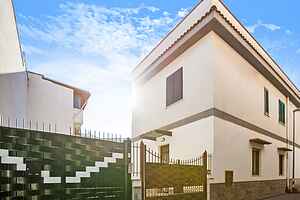 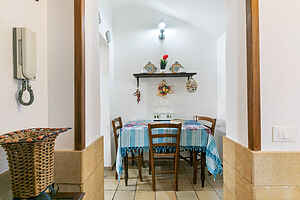